On January 22, 2015 seniors’ organizations some national and some from Ontario met at the Ontario Federation of Labour offices in Toronto at a meeting called by the Congress of Union Retirees and its Executive Director, Pat Kerwin, to begin planning for cross Canada rallies on the International Day of Older Persons on October 1, 2015.

This date would fall in 2015 right in the middle of the next federal election campaign where the fixed election day is scheduled for Oct. 19. This would mean this year the UN International Day of Older persons would be an ideal occasion to put forward our major asks around seniors issues such as pensions, health and housing.

If you are interested in helping to organizing a coalition for a rally, meeting or march in your area please let us know and we can put you in touch with others in your area. 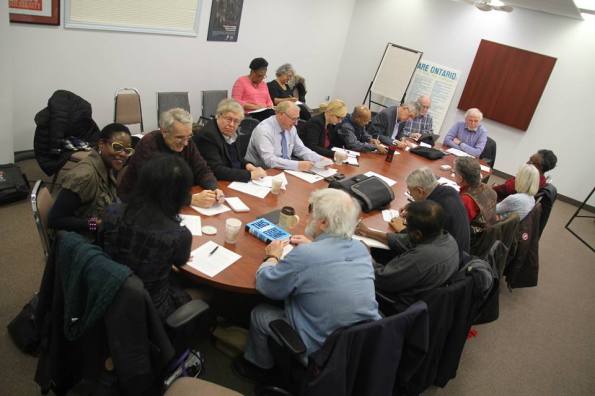 Among the people and organizations present were: